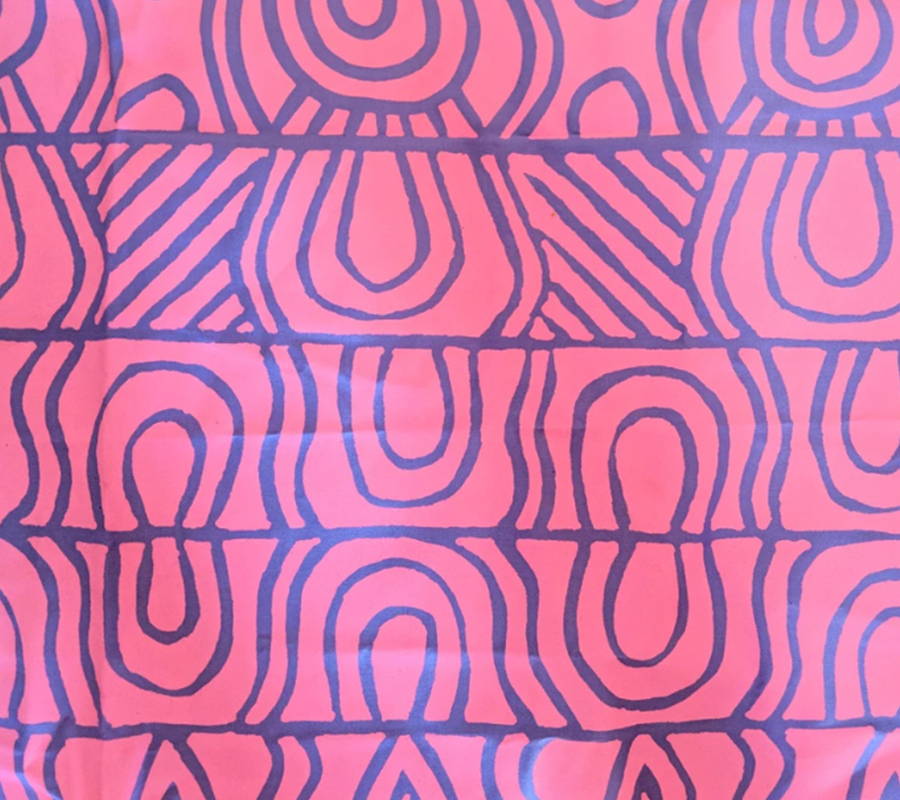 Tiwi people believe that the dead person’s existence in the living world is not finished until the completion of a Pukumani ceremony, in which the spirit of the dead person (mobiditi) goes into the spirit world. The ceremony occurs about six months after the deceased has been buried, and culminates in the erection of Pukumani poles; gifts to placate the spirit of the dead, which symbolise the status and prestige of the deceased. The poles are placed around the burial site during the Pukumani ceremony.

This design was originally created in the 1990s as a lino cut, and was adapted to a larger screen at Megalo in Canberra in 2012. It depicts: “The special taboo places called Pukumani. We place Pukumani poles around burial sites during our final Pukumani Ceremony. Until this final ceremony we are not allowed to go near these burial sites.”

Jock Puautjimi (b. 1962) is an accomplished Tiwi artist.

He has been a ceramicist, painter, wood carver and designer for screenprinted textiles since he left school in 1979.

His Tiwi name is Pulawurrumayini (mullet), and his skin group is Wantarringa (sun). His mother’s country is Pularumpi, Melville Island, and his father’s country is Port Hurd, Bathurst Island. He has certificates in ceramics from both Darwin Institute of Technology (1984) and Nepean Technical school, NSW (1983), and was a Ceramics instructor at Kormilda College in Darwin (1993) and Artist in Residence at Batchelor College (1993).

Jock has exhibited his pottery, prints and painting widely around Australia, as well as the USA and UK. In 1990 Jock had a solo show ‘Shades of Ochre’ in Darwin, being one of only two Tiwi men to have held a solo show. His art is held at the Museum and Art Gallery of the NT, QLD Art Gallery, Art Gallery of SA, Flinders University Art Museum and the National Gallery of Australia. 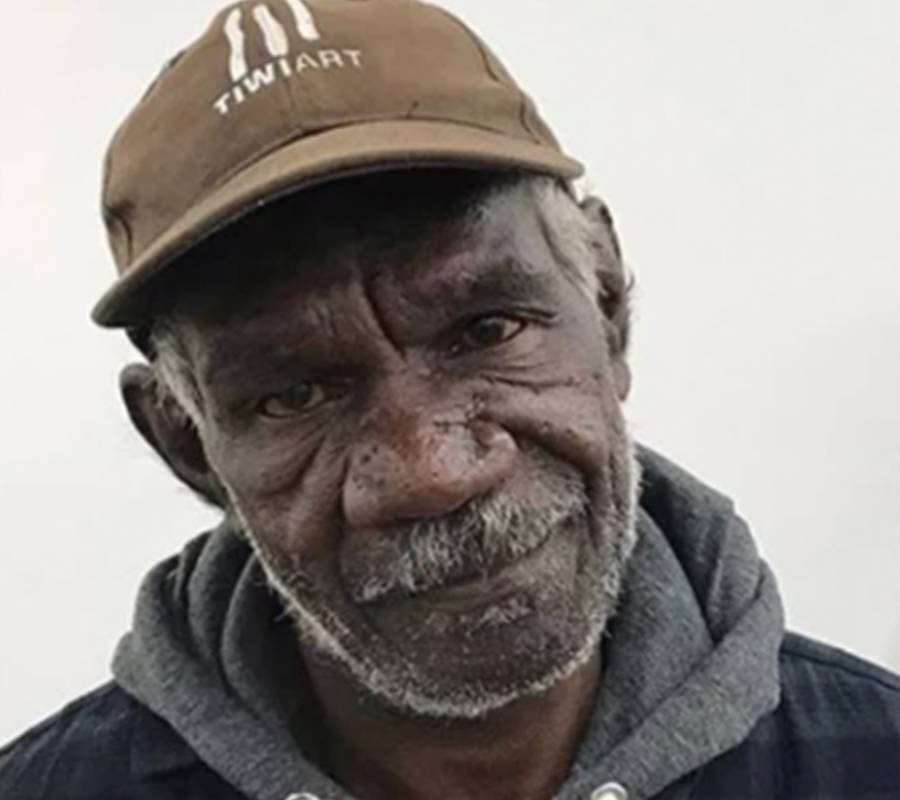