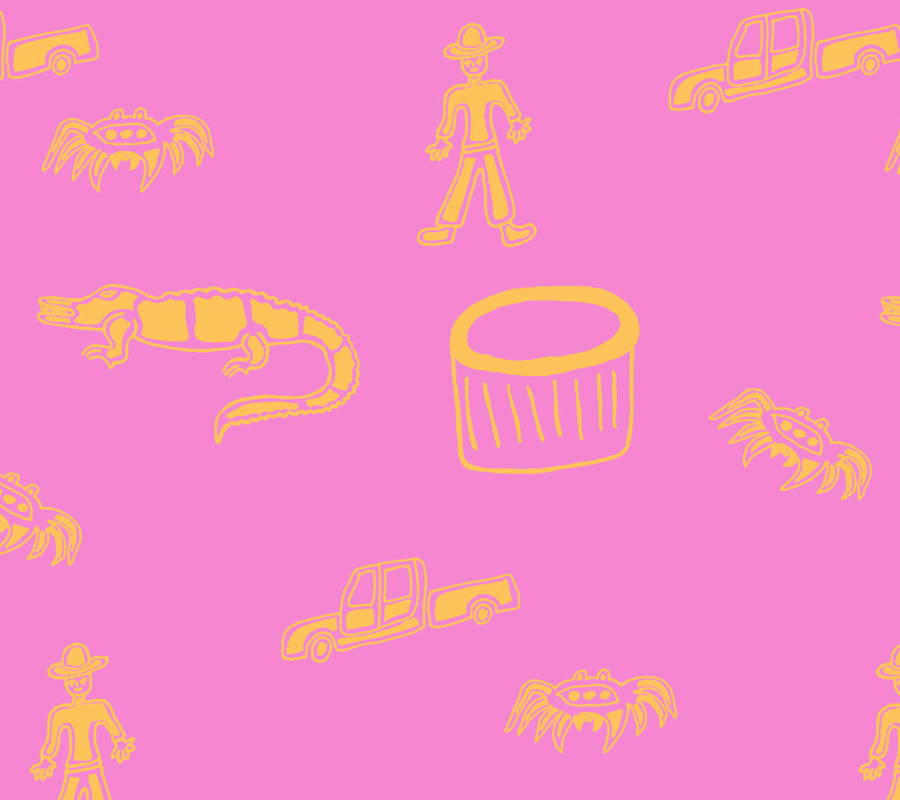 Jacinta: “My design shows the crocodile farm - something that happened years ago here in Kalumburu during the mission times. Father Sanz used to get a lot of kids going out to the beach to collect soldier crabs to feed the crocs. After school he’d say ‘c’mon kids, let's go get some food for the crocs!’ and we’d go out in the big ute. The crocs used to be in round cement tubs out the front of the church. I was a small kid at the time and I enjoyed going out there to collect the crabs. There was one big croc that dug his way out and swam down to the river and escaped! Mostly they were keeping the lame or sick crocs, to help them get better, then let them go. It was also a tourist attraction.”

Rosa Marnga (community elder): “Father Seraphim Sanz, was the superintendent for the mission for almost 40 years, from when he was a young fella in the 50s. He was from Madrid in Spain I think. We were workers for the missionaries - cleaners and things. Father Sanz used to go out with three men, they used to run and get the eggs before the crocodiles got them. They’d bring the eggs back to the mission, and Father grew them up. He would send the bigger ones off for the skins. We were small, so at the time we didn't really know what he did with them; some people say the nuns were making chorizo from the crocs! We thought he was keeping them as pets!”

ABOUT THE ARTIST - JACINTA UNDALGHUMEN

“I live in the North Kimberley WA. I’m in Wyndham at the moment, I have a house and a job here. I have a partner, three grown up kids, and five granddaughters - all my family are in Kalumburu.

I’m a Kwini person on both sides; my mother came from Oombulgarri (Forest River) and my father is from Kalumburu. He used to work on the main road to Wyndham. They found each other, came back to Kalumburu, got married and had kids - and here we are! I grew up in Kalumburu most of my time. Growing older I went to Oombulgarri to meet my Mum’s side of the family. Good fishing for barramundi there; and I did a lot of hunting with my Grandfather. I love going out bush - hunting, camping, fishing, swimming, walking.

When I’m in Kalumburu I go to the Strong Women's Centre and paint the things I remember my family doing when I was small - like my uncles carving and painting boabs; the artifacts they did in those days, that have carried on to me. Doing art makes me feel good - I always feel relieved when I come up with something good on the canvas! “ 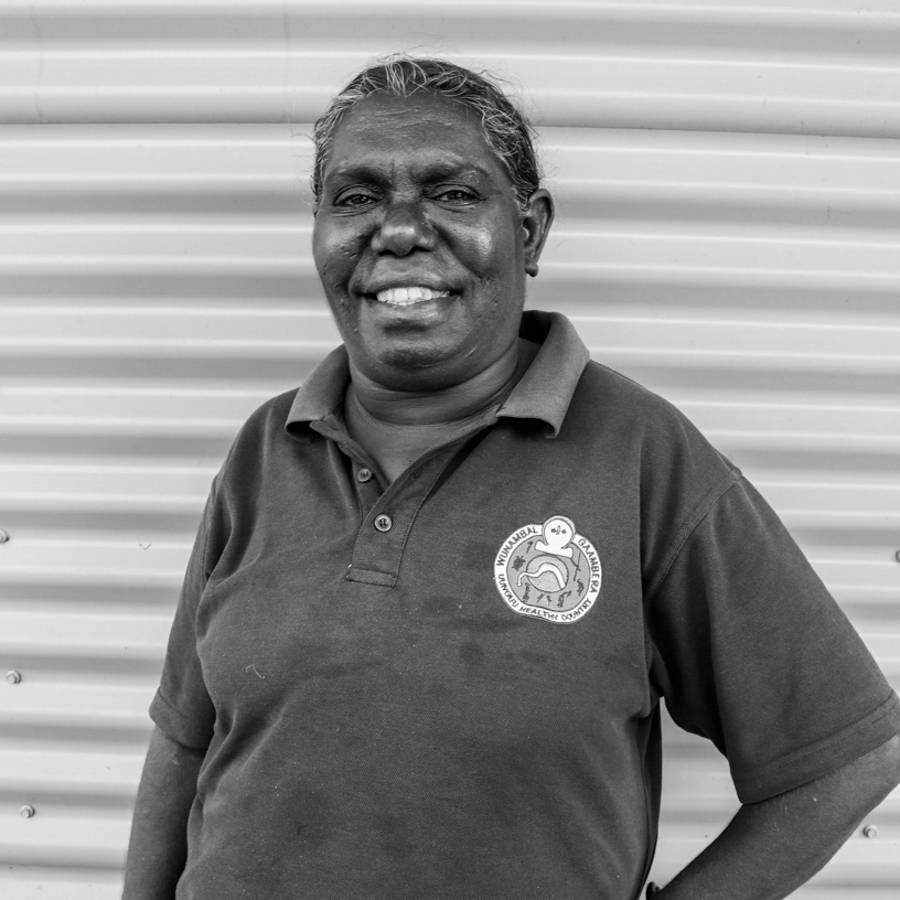