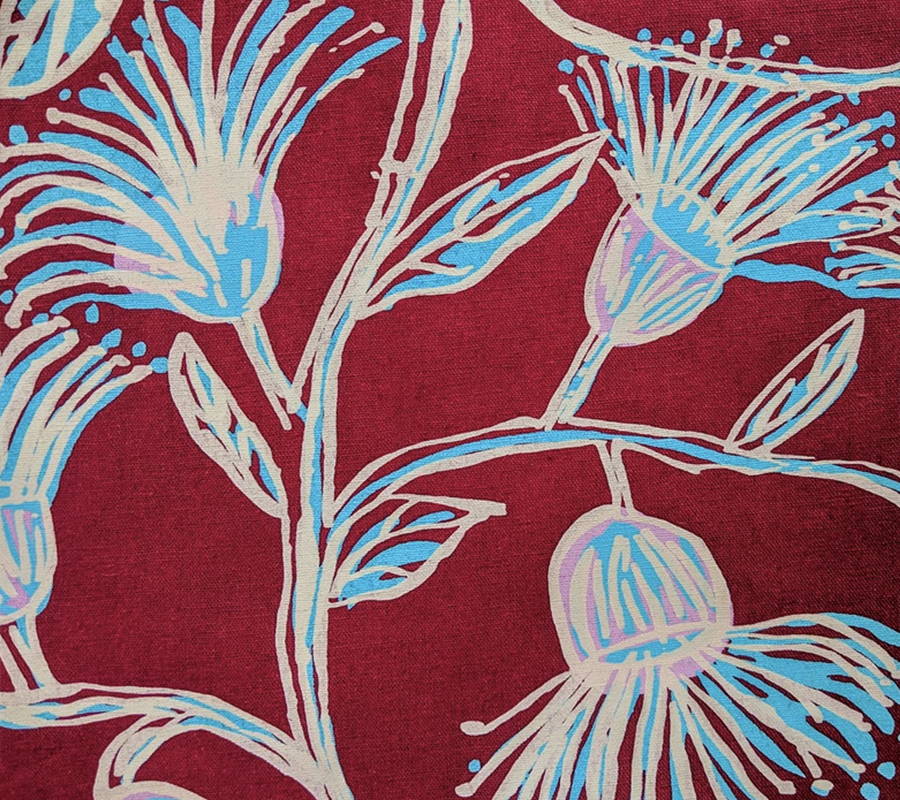 “This is a design about gum nut flowers – which we call Babatha Nganga in Guugu Yimithirr. Babatha grows around here, around the bush. Our gum trees come out with white flowers during the winter-time (but I’ve seen pink and red in Cairns). It’s

beautiful to see them on top of the hills – white amongst the green. There’s lots you can do with Babatha. The dead gum trees are good for making cooking fires; we cook damper and fish on the coals of that kind of tree. We make necklaces from the nuts; and you can make a whistle out of the gum nut. The bees make lovely honey from the flowers.”

Dora is a significant elder of the Binthi clan (one of 32 clan lands of the Guugu Yimithirr tribal nations) and lives in Hopevale in Cape York QLD. Her family totems are Gaalaya (centipede) and Wandarr (white cockatoo).
Dora’s mum’s family were from Stonehenge (near Winton QLD). After Dora’s Grandmother was bitten by a death adder, Dora’s mum and her siblings were taken to away to Cape Bedford mission.

During WWII the German Lutheran missionary at Cape Bedford was taken as a prisoner of war, suspected of operating as a spy. Aboriginal people living at the mission were suspected of transmitting smoke signals to Japanese planes and were forcibly relocated to government camp Woorabinda in South West QLD. They were kept there in camps for eight years.

Dora was born at Woorabinda and returned to the newly established HopeVale Mission when she was five.

Dora started working at HopeVale Arts and Cultural Centre after she retired from working at the Aged Care centre, to keep her mind busy and work with the other ladies. She has 6 children, 18 grandchildren and 9 great grandchildren 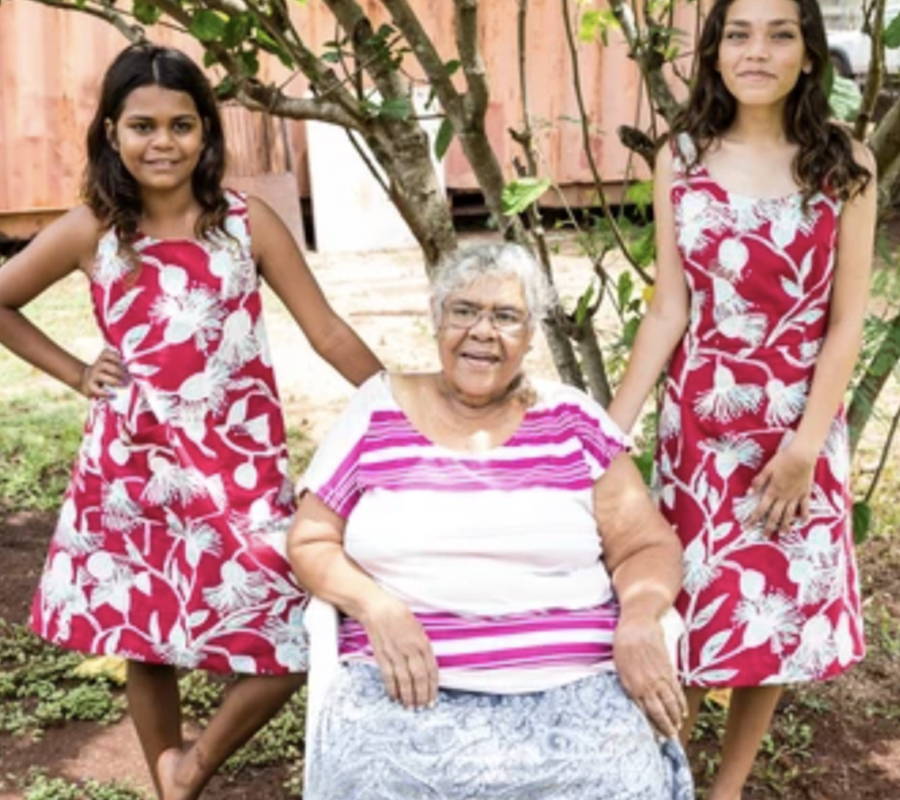