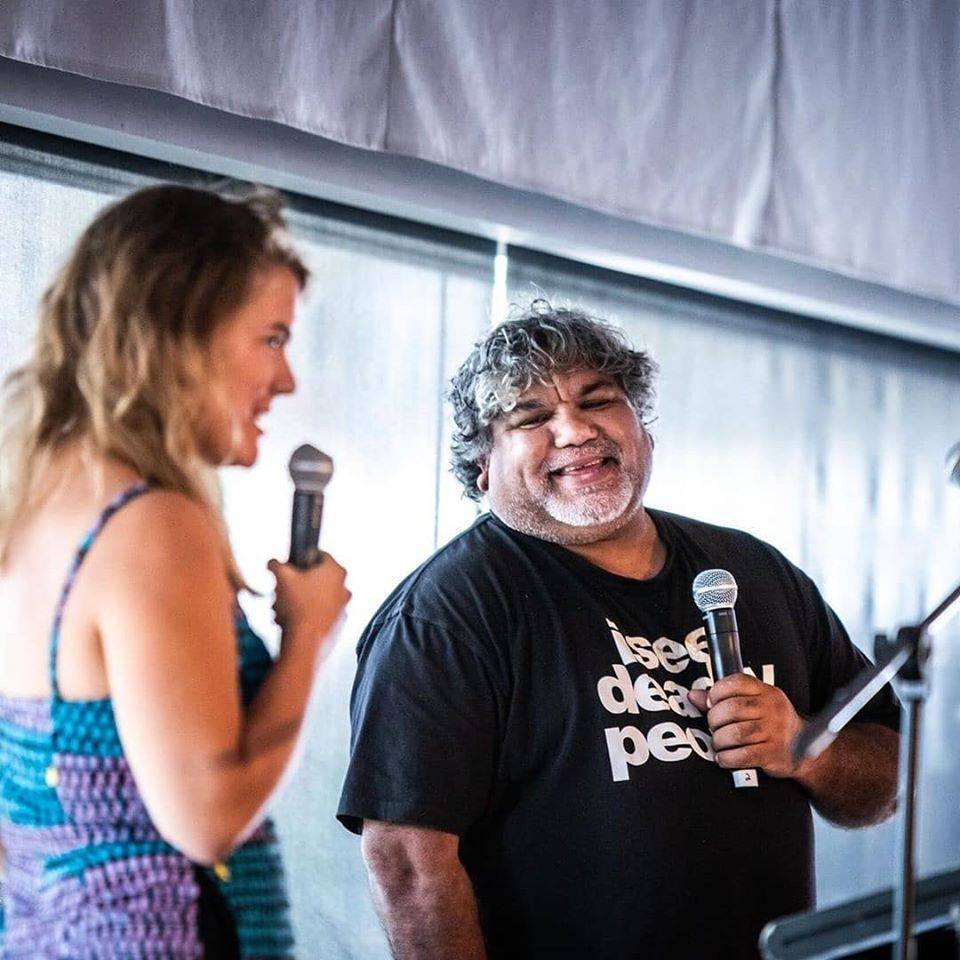 Jinibara artist Jason Murphy grew up in the West End in Brisbane, where he currently resides and retains strong links to his country.“Jinibara country goes down as far as Mt Nebo, as far north as Maleney, West to Kilcoy”.

Jason dates the beginning of his artistic career back to the age of seven: “My big brother once drew a rose bush on a book and I thought ‘that’s cool, I want to try that’. I started to draw and paint stories.” Jason’s artworks depict the narratives of people and place. ”As an artist you never know what you’re going to be influenced by next.”

“I think the words traditional and modern are antiquated. Culture is a growing thing; always growing, always moving, always alive. If we categorise it with something that diminishes its growth, we diminish our own growth.” His collaboration with Magpie Goose is his first foray into textile design.

“This design is a response to being called a yellow fella, because I am of mixed blood. It also responds to Aussies with European heritage saying ‘You’re not a full blood.’

This design questions the European caste system; and also the traditional people calling us yellow fella ‘cos we’re mixed blood. There has always been different words; none of it is positive. Why do we have to justify ourselves through negative connotation?

This artwork started as a series of paintings and a build up of mono prints. Each figure is it’s own stamp, layered on top of each other to create the effect. The original paintings have texture. When you stamp, no matter how many times you stamp a layer on, the base layer stays true. In the original artwork the red is the bottom colour – coming from David Gulpulil’s statement that ‘we are all one blood’ – even though you stamp lots of other colours onto it, the red will always come through. The half figures represent Darwin’s statement to ‘breed the Aboriginal people out’.” 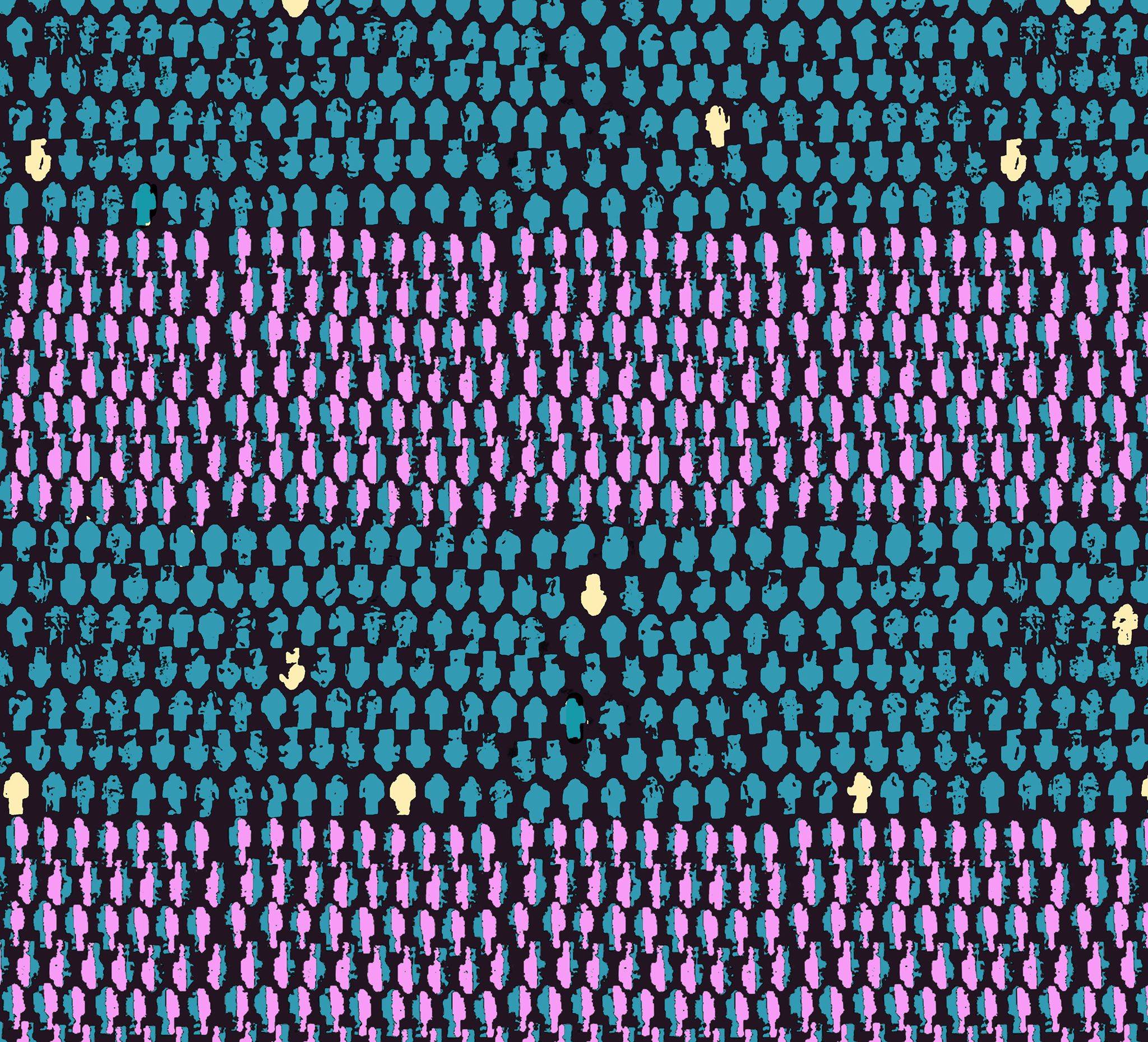