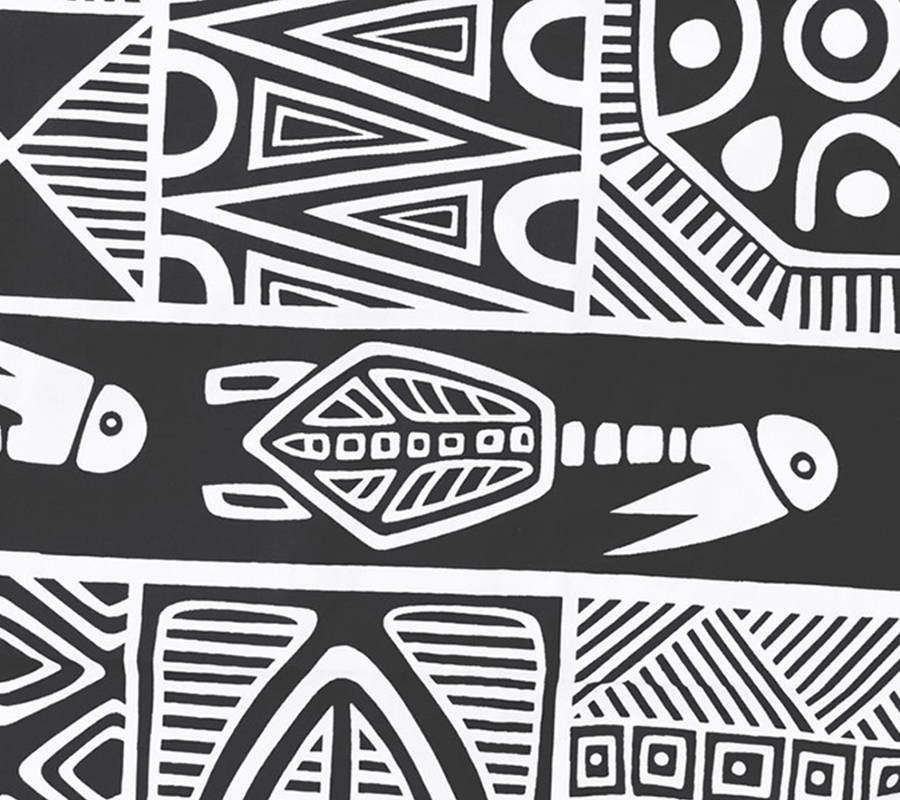 Bede first created this ‘Tiwi Bird’ motif in the 1970s; its first iteration was as a woodblock print, and it soon became incorporated into the Tiwi Design logo. The Tiwi Bird textile design was created in 1990.

Alan Kerinauia, Tiwi screen printer, explains, “The Tiwi Bird is a Jabiru - there’s lots of Jabirus around Tiwi Islands. The dots and lines around the bird are like Jilamara - a piece of art.

Each line, triangle and curve means something else - a thick line is a creek or river, a dot is a waterhole or a person, and a triangle with a dot can be a snake.”

While at school he was taught to cut woodblocks for printing, and his earliest prints date from the late 1960s. Bede established Tiwi Designs with Giovanni Tipungwuti in 1969 – to produce hand printed fabric that incorporates traditional Tiwi designs. Bede works in carved and painted wooden sculpture, lino and screen print, etchings and carvings. His work is held and exhibited widely across Australia. Bede draws on his Tiwi artistic traditions to produce his prints:

“It is good to show the other Australians that we can produce beautiful works of art, using white man’s techniques but doing Aboriginal way of art. What I do at Tiwi Designs is printing and designing. I also do carving which I enjoy doing most. Now I’m on to canvas painting. I put a lot of work into this. It’s good to see that other young Tiwi men are doing carving and canvas painting and also printing at Tiwi Designs. I hope that Tiwi Designs will keep it up in the future, the good work of art”.

Biography adapted from The Australian Art Print Network and National Gallery of Australia, 2002. 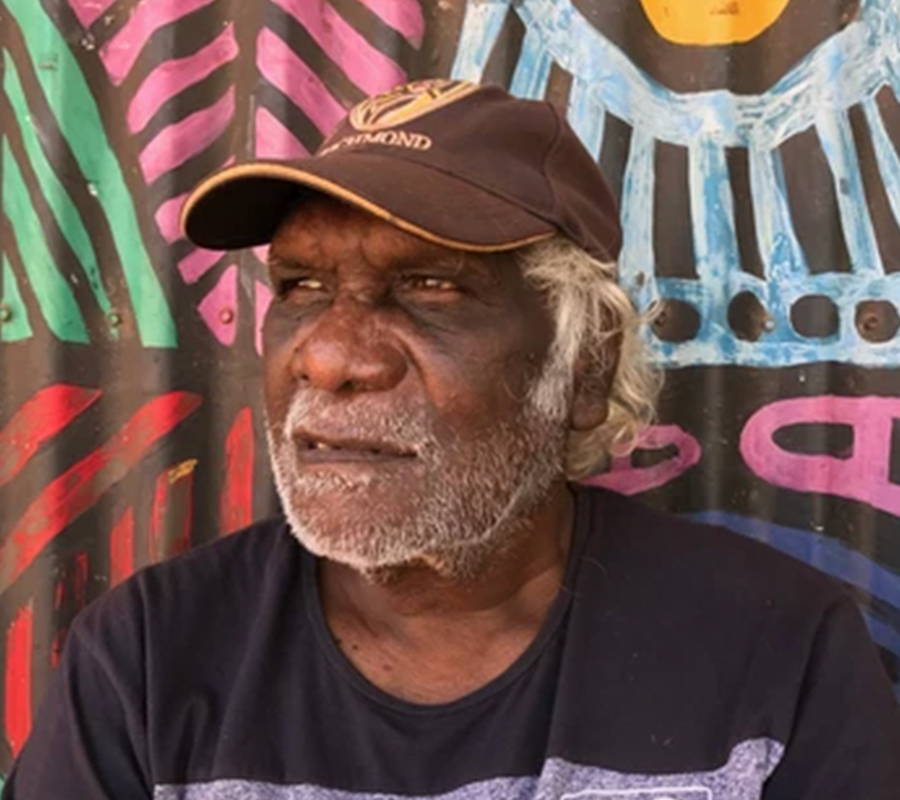