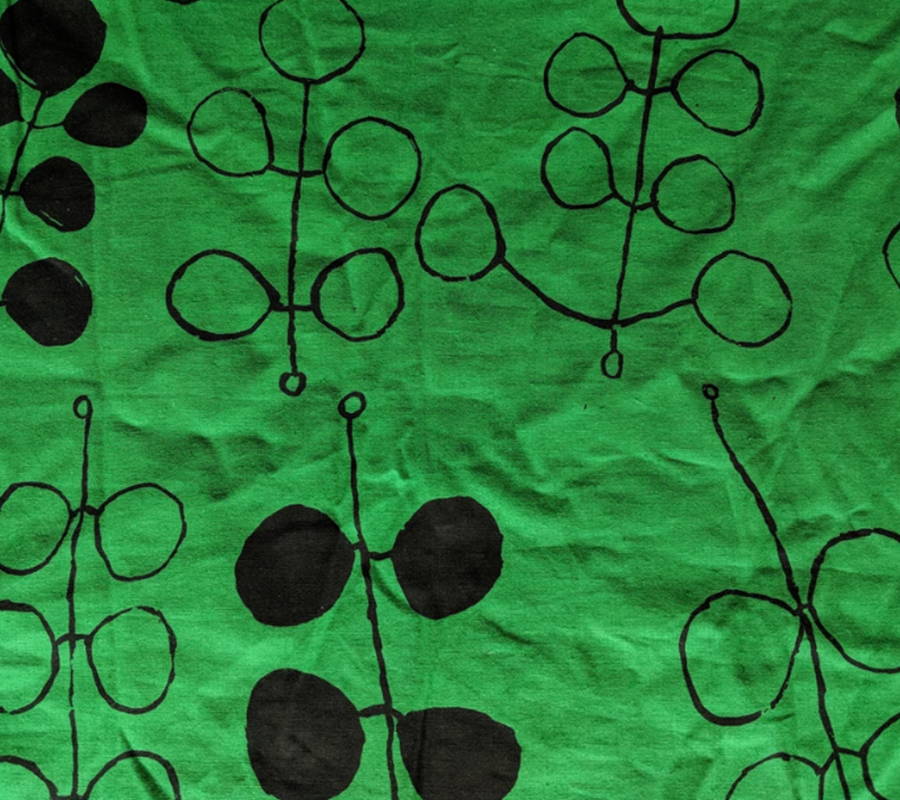 “This design is about wild tomato. Bush name is Ngakurlurnju. We been doing a lot of study about this because it’s a good bush medicine. We thinking about growing these tomatoes, and maybe one day it might be in the shop!

This one doesn’t grow anywhere else. No body knows about these fruit because they grow in secret places, in the Gulf. Calvert Hill. Mountain country. It’s really sacred this one; this is the first time I’ve shown anyone in public.”

Stewart created this design in September 2017 during a screenprinting workshop in Katherine run by Tim Growcott and Millie Shorter, facilitated by Magpie Goose in partnership with Katherine Regional Arts. 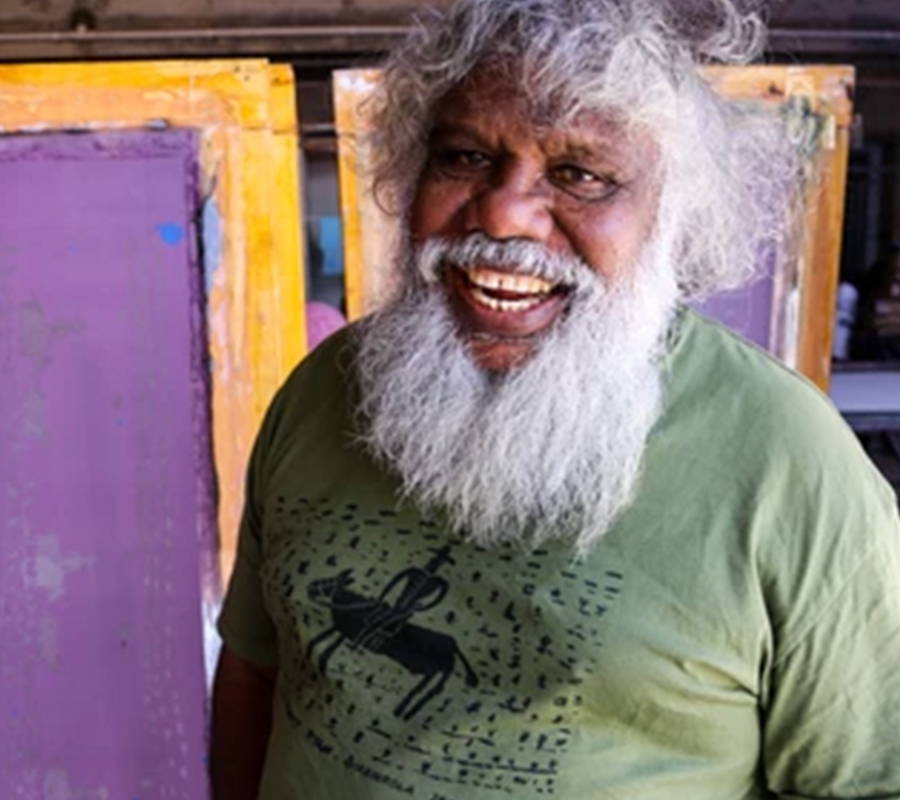