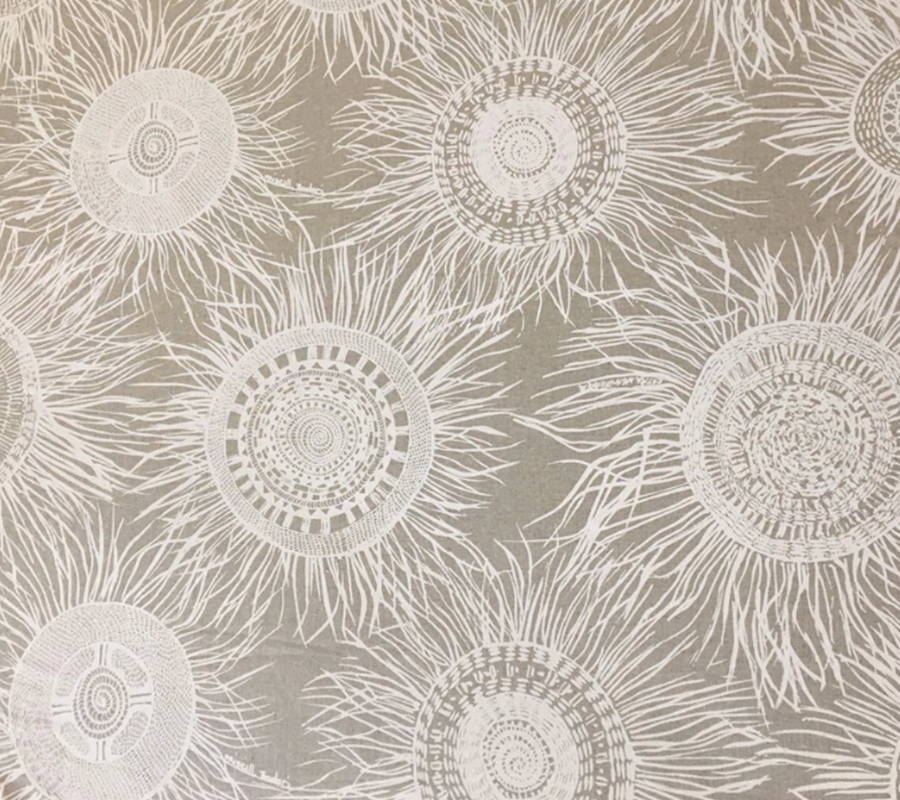 The design depicts Marebu (woven mats) - valuable items traditionally made by women. Marebu had many uses, including: being worn, a surface to prepare food, rolling up and carrying children (particularly in the yekke cold season in June/July), a sleeping mat, and also various ceremonial uses. Priscilla Badari explains that people were originally inspired to make round mats by the shape of the moon.

This design was based on real examples of woven Pandanus spiralus marebu at Injalak Arts with all their variety of pattern and weaving techniques. It is a

vibrant design that expresses the women’s love for their cultural heritage and their desire to extend it to new media.

This design was created by three talented Kunwinjku daluk (women) who work at Injalak Arts in Gunbalanya. The women are all weavers, and they create fabric designs reflecting their strong connection to country and culture. This ‘Marebu’ (woven mat) design was created collaboratively during a fabric design and screen printing workshop run by Injalak Arts in 2013-2014. 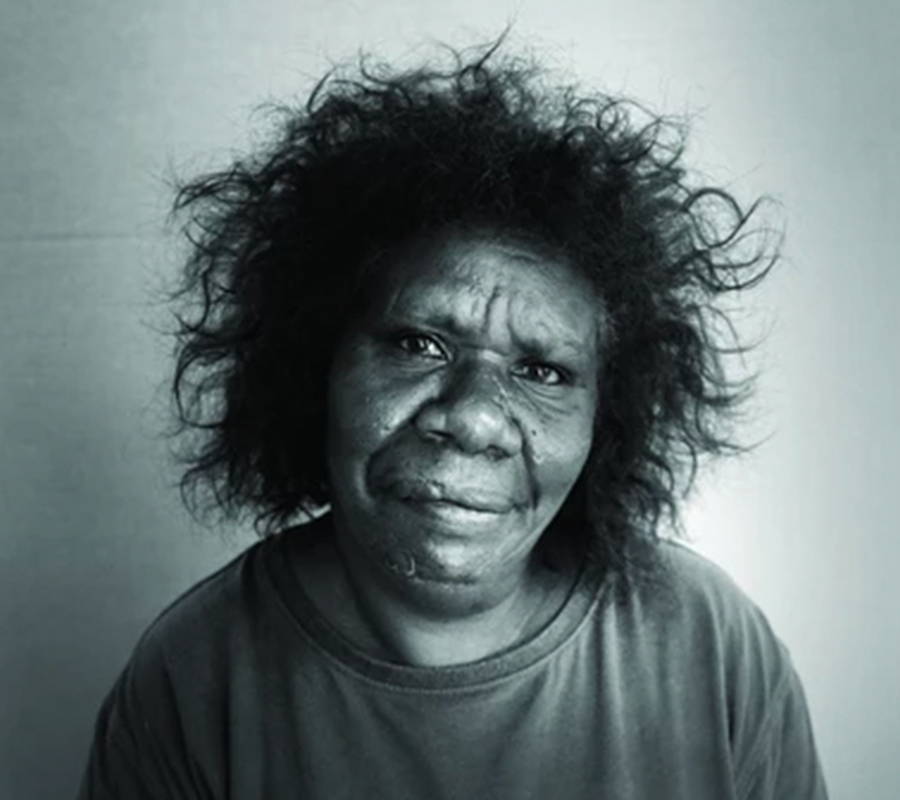 Sold out
✕
Thanks for contacting us! We'll get back to you as soon as possible. Thanks for subscribing