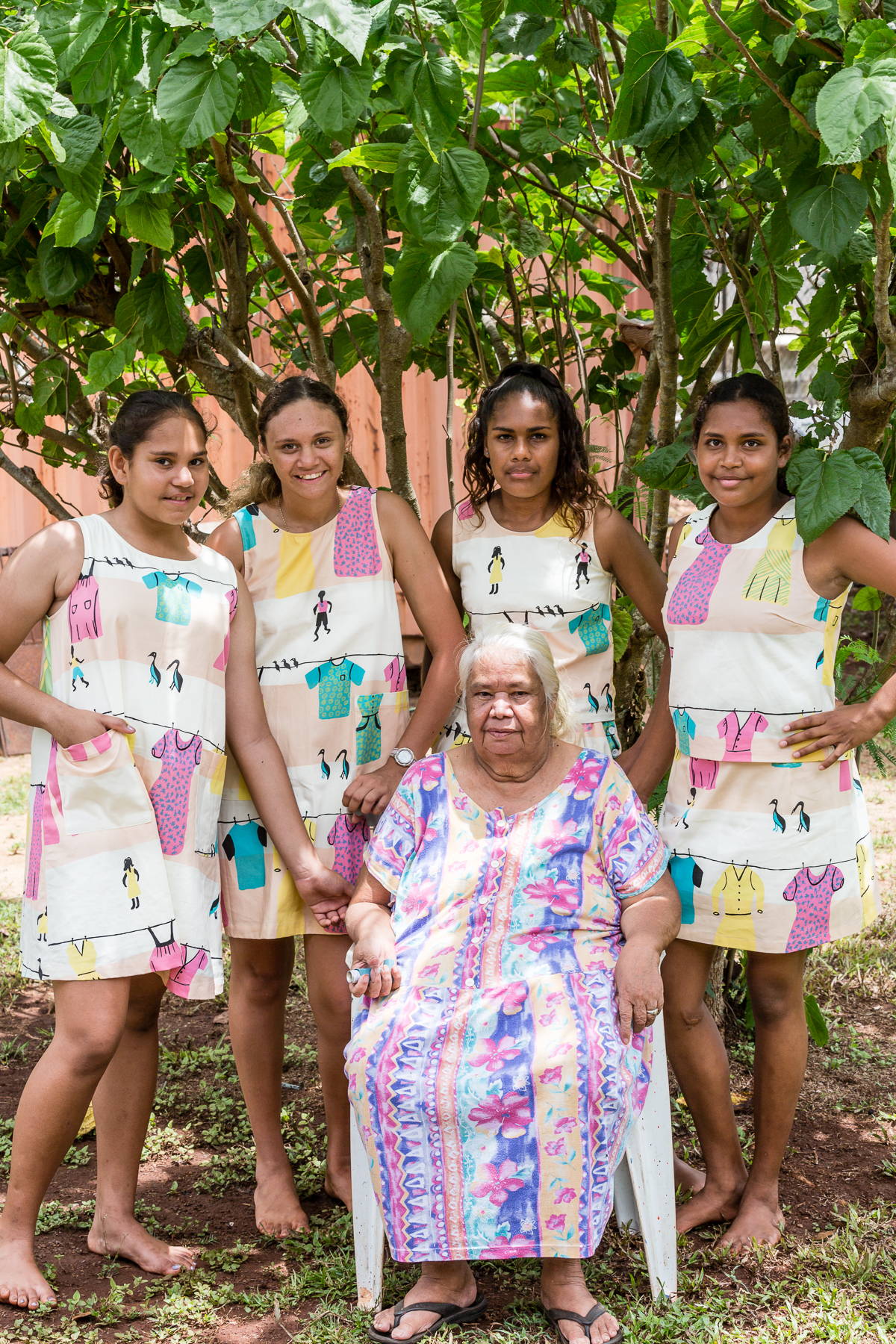 HopeVale community is home to thirteen clan groups who mostly speak Guugu Yimithirr language. It's about 40 minutes north of Cooktown, which is about four hours drive north of Cairns, in the Cape York Peninsula. HopeVale was originally established as the Cape Bedford Mission, so HopeVale residents traditionally come from lands all across Northern QLD.

The designs from Hopevale tell rich stories of connection to land, stolen generations and forced movement across the state, memories of childhood and mission days, bush foods and native flora and fauna.

The art centre hosts regular textile design, painting, weaving, printing, and craft workshops. It forms a vital meeting place for many members of the community. It has been an important place for young and old people from HopeVale to re-form connections to culture and tradition, after many of these connections were lost during the mission days. 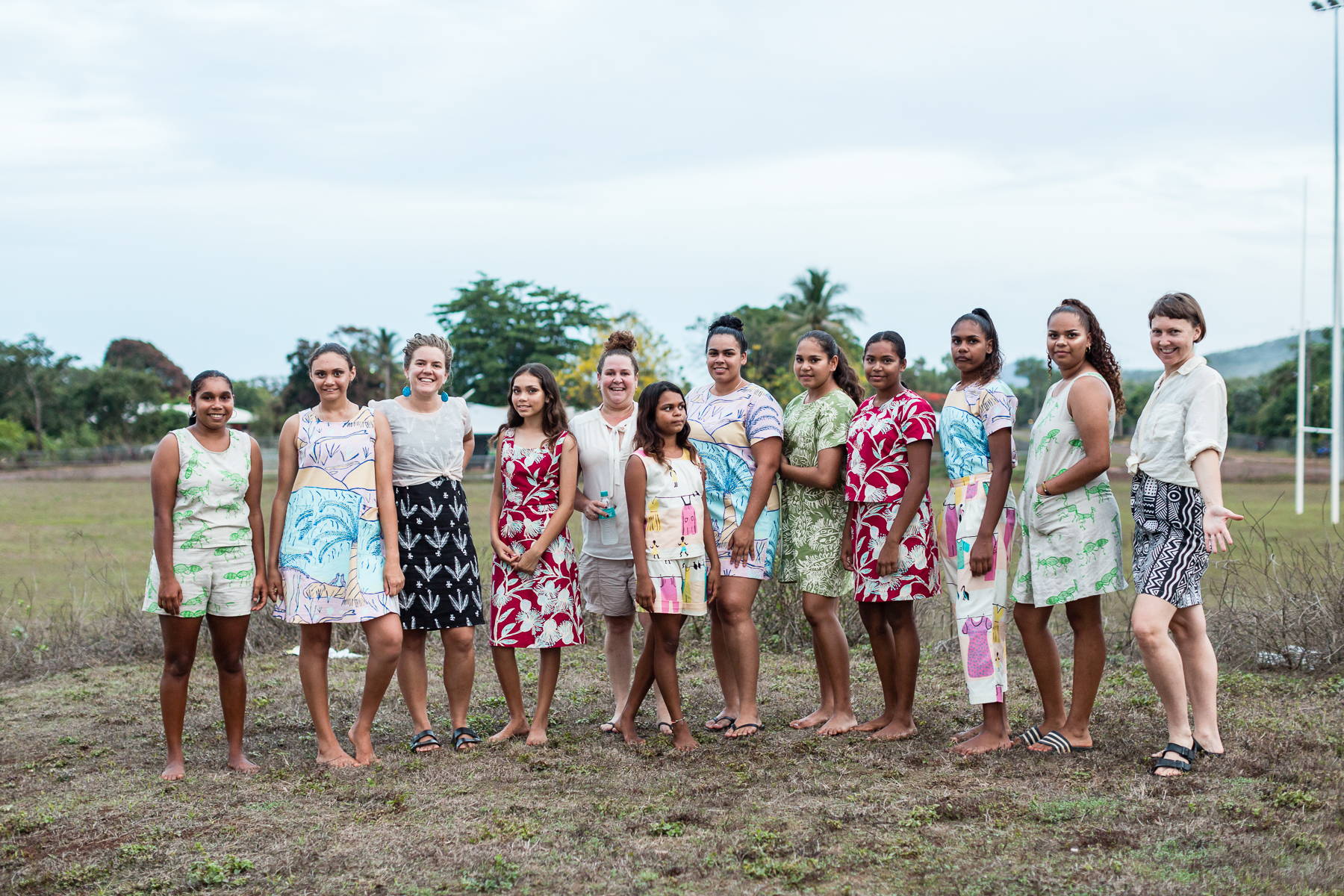 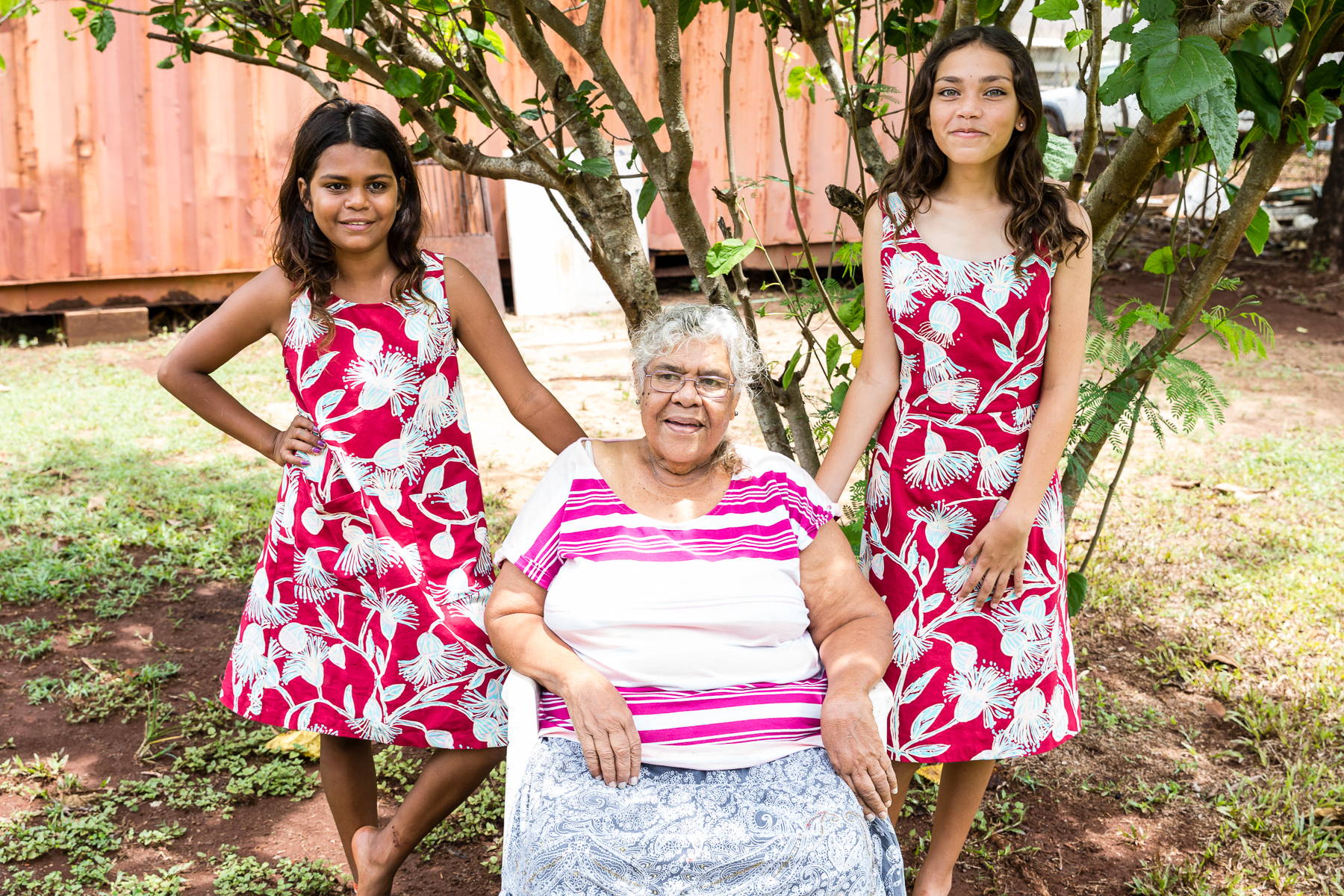 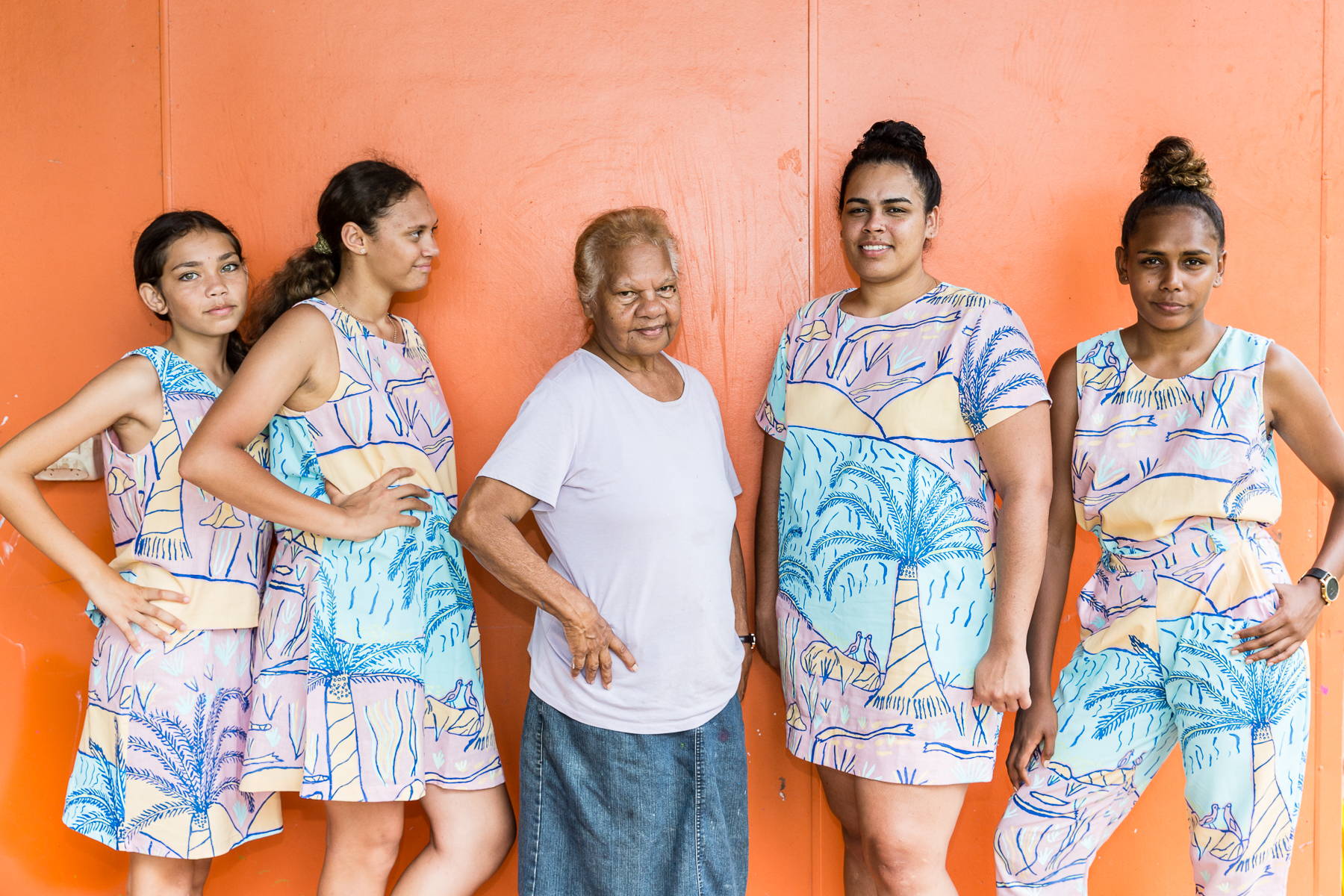 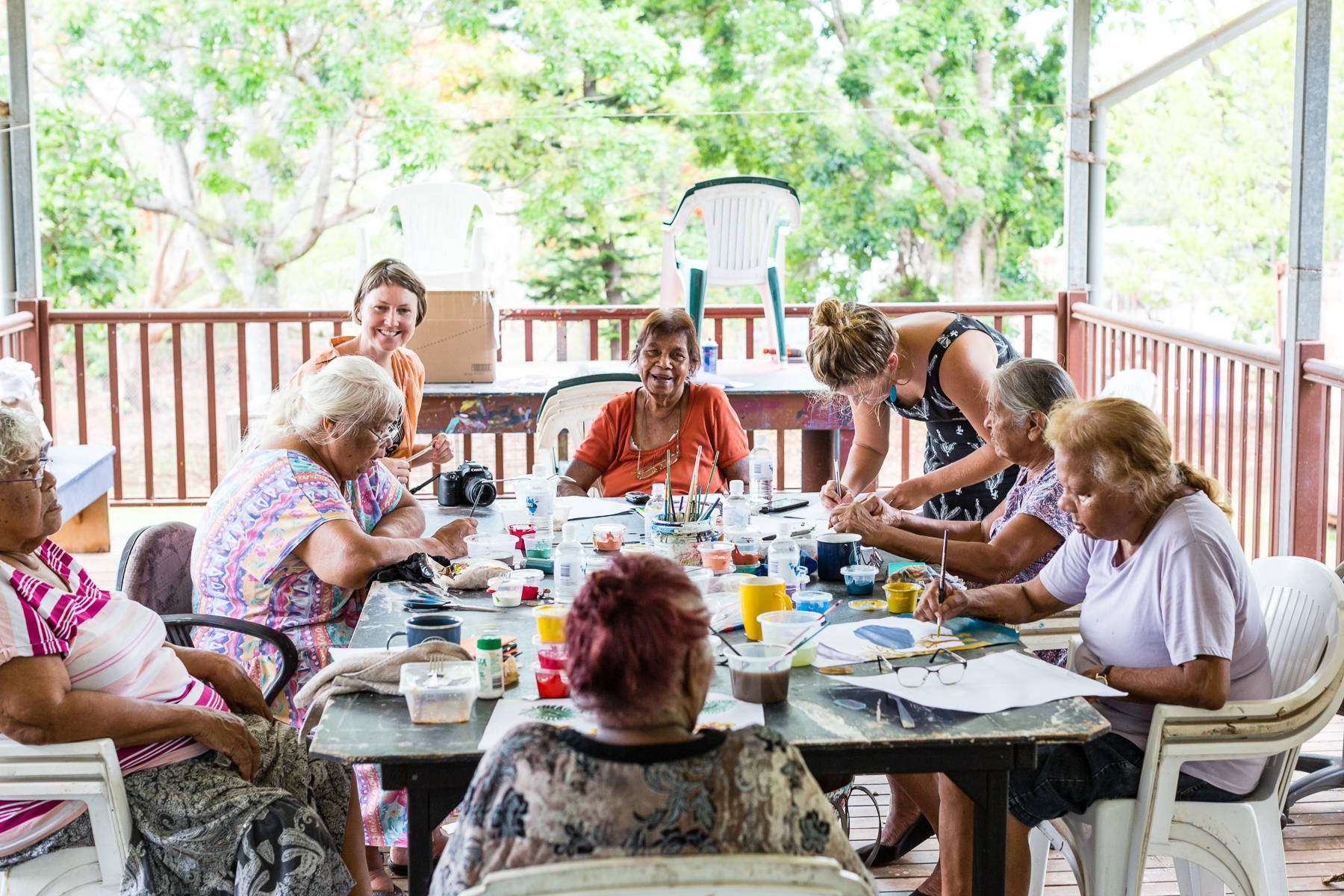 The core HopeVale Arts ladies gathering for a yarn, a cuppa and an earring making workshop with Magpie Goose